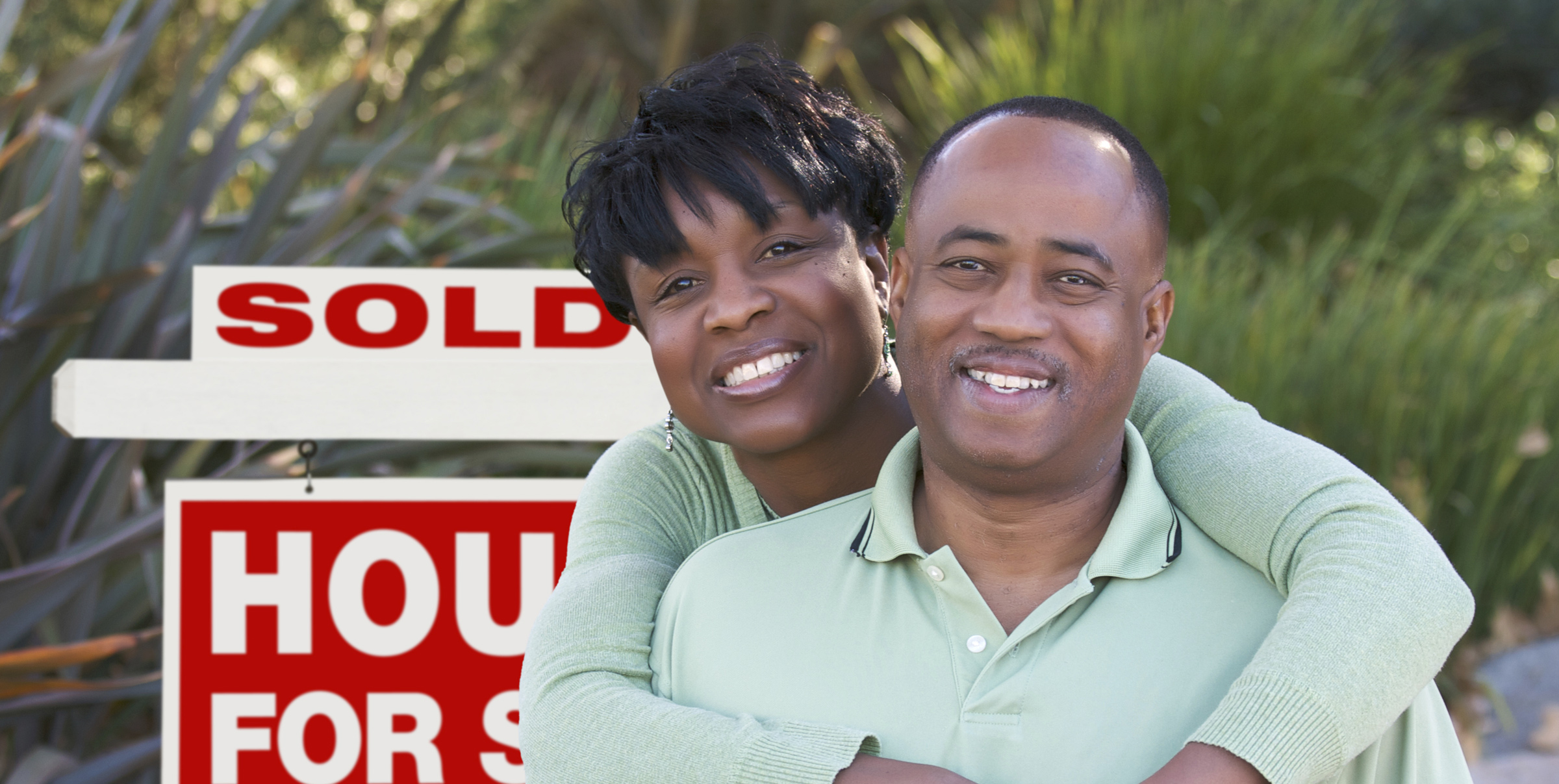 Lending Decisions: More to The Story

For banks and credit unions, a large chunk of their profits comes from their loan portfolios and the interest income realized from this core activity. This income generation is based on the loan decisions they make, and banks and credit unions need timely, accurate data to make quality lending decisions that maximize profit while mitigating the inherent risk in lending.

Generally, lenders partner with one or all three national credit reporting agencies (CRAs): TransUnion, Experian or Equifax. These CRAs produce credit reports that provide lenders (and others) with a consumer’s credit activity, such as loan repayment history and the status of their credit accounts (for example, paid in full, delinquent, deferred).

Both sides benefit from the relationship. The CRAs sell consumer data to lenders. The lenders, in turn, use this data to make decisions about consumers’ creditworthiness and they charge interest based on the risk indicted by the consumers’ credit score.

Time Magazine estimates that some form of collection and credit reporting has been around since 1841 when Lewis Tappan began to collect, store and systemize “rumors regarding debtors’ character and assets.” While the current credit reporting system has helped millions realize dreams of homeownership, owning a business or purchasing a new car, the other side of this system involves significant issues: widespread inaccuracies, a pronounced lack of accountability and a system that perpetuates disparate treatment, particularly in minority and poor populations.

When it was first drafted, President Biden’s Build Back Better initiative included the creation of a public CRA, presumably to replace or at least compete with Equifax, Experian and TransUnion. While the wisdom of a federal agency administering a consumer credit reporting function can be debated, the administration’s focus and desire for such an agency and/or program underscores the need for an updated system that addresses, if nothing else, the validity and integrity of consumer credit reports.

According to a 2017 article written by Aaron Klein of the Brookings Institute, one in five consumers has a “potentially material error” in its credit file and it seems the pandemic has exacerbated the issue. The number of complaints more than doubled from 2019 to 2020 according to the Consumer Financial Protection Bureau's (CFPB's) online complaint database. If these credit files are used to determine interest rates, or how much the consumer pays for the money they borrow, accuracy is paramount. When it comes to credit reports, bad data is expensive.

Just how expensive? That is difficult to gauge. If one in every five of the 250 million adults in the U.S. has an error, that is potentially 50 million credit scores impacted. Those with lower credit scores pay higher interest rates on auto loans, credit cards and mortgages and higher insurance premiums and possibly, in some cases, may be denied employment. The math can get complicated: 5 percent annual percentage rate versus 3.5 percent based on a FICO® score of 650 versus 700, over the life of loan, multiplied by millions of impacted consumers, for example. Suffice it to say, inaccurate credit reports are costing Americans millions, if not billions.

Accuracy is not the CRAs’ responsibility. The “Big Three” collect and house data on consumer finances from a myriad of “furnishers” including financial institutions, lenders, landlords, cell phone providers, utility companies and the local, state and federal governments. According to the CFPB, the CRAs receive approximately 1.3 billion “trade line” entries a month, and while there is some quality control activity around incoming data, that control is centralized around a matching process that is remedial at best.

In the middle of all of this is the banking customer or credit union member who not only pays for these errors but must work both ends of the equation to fix the inaccuracies.

To make a bad situation worse, fixing errors and inaccuracies is extremely difficult. Why? Because credit reports were not made to benefit consumers, and as Ira Rheingold, executive director of the National Association of Consumer Advocates explained in a CNBC article, “There is nothing about our credit reporting system that makes it easy for consumers, friendly to consumers or helpful to consumers.”

Inaccurate data and a burdensome, hard to use and largely unresponsive process for resolution led to governmental intervention in 2012. The CFPB began oversight of the CRAs and initiated on-site examinations, record checks and analyses of dispute resolution. However, agency oversight is merely a Band-Aid for just one of the issues within this system and, if the recent surge in complaints is any indication, a poor Band-Aid at that.

Access to credit is essential to the wealth building process. Unfortunately, one of the biggest areas of concern regarding our current privatized, for-profit credit system is the disparate treatment of minorities and less affluent consumers.

Not only do the three major CRAs essentially control access to and the cost of loans, but recent years have also seen them expand their products into a variety of other uses, such as employment, insurance and tenant screening. The same principles that led to unequal treatment in the lending world have become commonplace across multiple sectors of our economy, further contributing to the massive inequality and widening wealth gap in our nation.

If credit history is the gatekeeper for many of life’s necessities, such as employment, housing (both rental and homeownership), insurance and affordable credit, then minority consumers are disproportionately denied jobs, access to loans, insurance, housing and other services or are forced to pay more. As noted by the Racial Justice & Equal Economic Opportunity Project, this drain on income affects their ability to pay their current bills, let alone build assets to move ahead.

Redlining, a practice that identifies a geographic area as high risk solely based on the racial demographics of its residents, was outlawed in 1968. Yet, according to a paper by professors Stephen Ross and John Yinger, African American applicants are twice as likely as white applicants to be denied a loan, and Hispanic applicants are 41 percent more likely. While those statistics in of themselves do not prove discrimination in the system, the differences in approval rates are at least suggestive and should necessitate a reassessment of the current credit system. Furthermore, Ross and Yinger point out that if bias were not an issue, as some would suggest, the approval rates between minority and white applicants would show equalization over time, which they have not.

Taking this a step further, Stanford University’s Human-Centered Artificial Intelligence lab acknowledges that the credit score algorithms themselves are not the issue. Again, current laws prohibit the use of race, gender or age in denial of credit. Instead, the real issue is the data that underlies the algorithms. This data is far less accurate in predicting creditworthiness for minority groups, largely due to limited credit histories.

Lenders, banks, credit unions, employers, insurance companies, property management organizations…many of the organizations that make up this laundry list of business sectors rely on credit scores and credit histories to make decisions regarding the use of their products and services. It is their mechanism for risk mitigation and has historically served them well in terms of loan-based profit generation.

But is there a more effective, accurate and non-prejudicial way of approaching these economic questions? Can we build something better, a system that protects consumers while still meeting the risk mitigation needs of those who rely on these systems? Are there other data points that would help lenders make a more fact-based, well-rounded decision, for instance?

The answer is yes. Information is more abundant and accessible now than ever before. More to the point, in today’s data-driven world, the picture of consumers’ financial lives – the way they earn money, spend money and pay obligations – is far more varied and complex than car payments, credit card bills or mortgages.

For lenders, insurance companies and others requiring credit history, this means an opportunity to tap into what is commonly referred to as “alternative data.” While our traditional model includes trade lines, or loan accounts held by the consumer, alternative data includes a variety of other information including consumer banking data, payday lending, utilities and telecommunications payment history, rental payments, peer-to-peer lending and even social media. More succinctly, alternative data is anything NOT included in traditional CRA databases.

But increasingly, those looking to extend credit are using alternative data in their underwriting process for all applicants. In 2017, a Business Insider article suggested that alternative data is not just for lenders targeting a specific segment; it can and should be used by lenders to target the entire credit spectrum with more personalized and relevant product offers.

But how and where can lenders access alternative data? A quick scan of the internet reveals several “aggregators” or alternative data providers that offer this type of data to use in risk-based lending decisions. But using alternative data doesn’t necessarily involve a complete overhaul of information vendors and/or underwriting processes. TransUnion, one the Big Three credit bureaus, offers alternative data and claims to be “a pioneer in the alternative data industry and the first information services company to add multi-faceted trended and alternative data into core operations.” And while neither Equifax nor Experian boast “pioneer” status in alternative data collection and use, both sing the praises of alternative data as a means to reach the credit invisible and acknowledge the need for the current credit evaluation system to evolve and for lenders to “improve decision-making and streamline internal processes.”

Our current system is flawed for several reasons. The sheer volume of information moving back and forth lends itself to errors and inaccuracies. While mistakes are a given, governmental oversight should help address the process for error resolution and provide more responsive, customer-centric avenues. Additionally, the use of alternative data sources as well as movement away from strictly risk-based pricing will almost assuredly address the long-standing issues around equal access to credit by providing a more level playing field for all.

Sorry, your browser does not support the tag used in this demo.
Raddon Report Blog Page